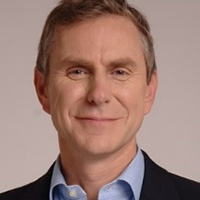 Peter Swordy has a background in Major Projects, HR, Operations. Safety and Security.  He started in London Docklands and Canary Wharf and moved to Wembley Stadium to plan operations for the new Wembley. The New Wembley Stadium was successfully completed and resourced by 2007. He set up the Centre of Excellence for vocational training as a pre cursor to University College of Football Business UCFB.  He was also part of the safety and security planning and operation for two UEFA Champions League finals and London 2012 football finals. Peter was appointed as Venue Cluster Manager to the Glasgow Commonwealth Games 2014 and went on to work in senior operations and safety roles at Norwich City FC, Crystal Palace FC and Ricoh Arena.  He worked as a consultant on major events delivery and venue planning including Formula 1 in Abu Dhabi 2018 and as a member of an 2019 expert panel for Interpol in Qatar advising on the 2022 FIFA World Cup.

Peter is currently Director of Health, Safety and Compliance for London Stadium the home of English Premier League Club West Ham United FC and host to Concerts, Athletics, Rugby and Major League Baseball. He is also a member of IOSH Sports Ground and Event Group and the Security Institute.